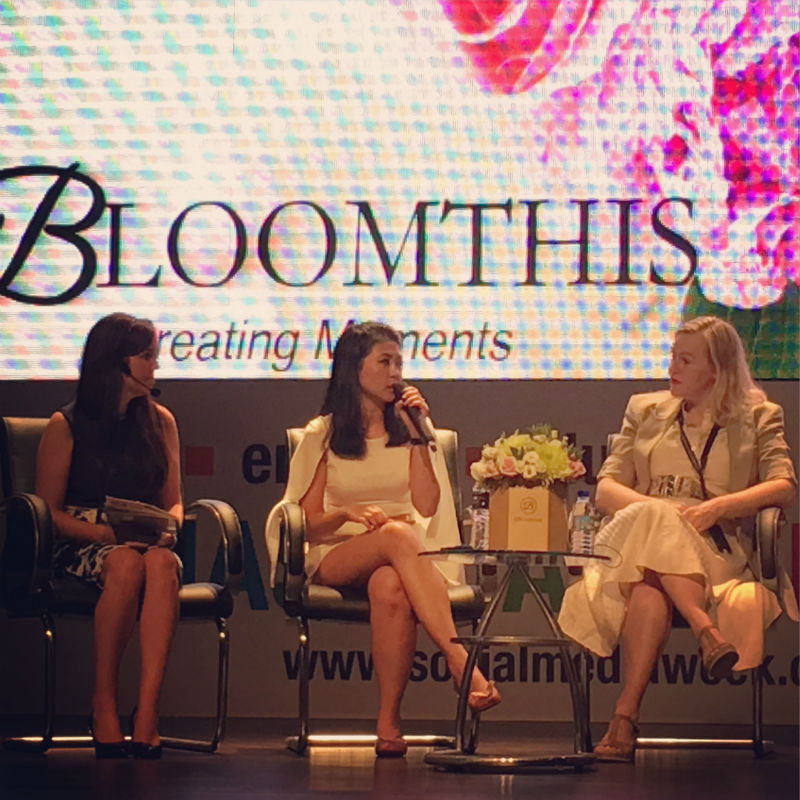 Every year, I dare myself to achieve a new goal. For 2016, it was closing a deal to get a paid trip to Malaysia, to go and see my good (highschool) friend for over 20 years, Ronald. It happened in the first week of January 2016 and it was unreal. Here is how I got a paid trip to Social Media Week Malaysia with a weekend visit to a Thai beach.

Am I THAT Interesting? Well, uh, yes?!

Ronald emailed me in december 2015 that in march 2016 Social Media Week Malaysia would take place in Kuala Lumpur, the city he lives in for over two years, with his wife Annemieke, who works at IKEA. I emailed the organisation of Social Media Week and introduced myself as a Dutch social media specialist, with a focus on Instagram and the question if I could give a workshop or presentation about Instagram on Social Media Week Malaysia. I got an answer within two days: if I wanted to sent them some blogposts and video of myself speaking. Luckily, I have some popular english posts, but no videos in English. I sent them the Dutch videos and my english blogposts and around the 6th of January they agreed to have me! So within two emails I got a YES. I could not believe it at first. Is it that easy to get in an international social media week? Or do I have enough proof that I AM an interesting specialist? OR, another option, did I email them at the right time?
I guess it’s the combination of all. I still had to wait a lot of weeks for my ticket, so I kept quiet to my friends, because I would only believe it if either they put me up on their website as a speaker OR when I would receive the flight ticket. And I received confirmation around 15 February.

Unreal to be in Kuala Lumpur

There I was, on the 7th of march, landing in Kuala Lumpur. A driver picked me up and drove me to a cruise for the speakers dinner, a tradition for many conferences. I met the other speakers, the minister and the organiser of the social media week. It was all very formal, even though they kept on saying it was a very informal happening. Again it felt unreal, here I was, on a cruise on a lake in Kuala Lumpur, with other international speakers and a minister of Malaysia, eating and talking about the coming busy week. One of the speakers, founder of a funny website/blog Cilisos, warned me upfront about the possible interference of the government and that everybody would have to be careful about what you say on social media. You can read all about the corruption in Malaysia on the Guardian here.

The next day, the other speakers and I were picked up at the hotel with a very kitsch coach to go to the Limkokwing University, the place of the Malaysian Social Media Week Event, hashtag #MSMW2016. The whole day (and week) we were treated like stars, that was so cool! Although not all panel-members and speakers were experienced, the event planners took very good care of the speakers. Super experienced speaker Zoe Cairns, a social media specialist from the UK, and storyteller and travel blogger Shane Dallas, aka The Travel Camel, helped the organisation with the quality of the content and panels, because that was what was missing. I was part of two panels on the second day of social media week and at the start of the week, I got the message that a panel existed of three to 5 people, who all do a presentation of app. 10 to 15 minutes and then the questions start. I had to prepare my presentation the day before, as the panels I joined before never existed of presentations, just a host and a lot of questions. I worried a little, just like other speakers did, but it all went okay. When I am nervous, I always think that I know a lot more about social media than the average person, I can always fall back to my own knowledge and experience.

Negativity and freedom of speech

The subjects that were most mentioned on social media that week  were about the negativity of Malaysian people and about the freedom of speech. Government told people not to be too negative on social media, but to help with solutions. I first thought it was about the Negativity that Malaysian show toward bad food, but I understood quickly that they are complaining about the government more. And on the other hand, the people were saying they needed freedom of speech. It was a little bit strange to be in the middle of this, someone with a ‘superficial’ social story about Social Commerce and about the Future of Content Creation. It all worked out fine, although in the last panel two of the five speakers were not informed about the presentation part. Those two were very popular Youtubers in Malaysia, Dan Khoo and Ernest NG. They could have played a bigger part in the panel if someone would have stepped up and interviewed them.

It was off to Thailand. First my friend Ronald showed me around the big, big (and green!) Kuala Lumpur and on friday we flew for 70 euros (return) to Krabi Thailand. Here we stayed the night and eat on the nightmarket. The next day we went on a trip to Railay beach and the drove off to another part of Krabi called Klon Muang Beach. We ate the best Thai food, we swom in the most beautiful sea and we hang out on the best beaches. A perfect weekend, I would say. Ronald and I also talked a lot about living in another country, like he and his wife do, it is something I always dreamed about, but never made real. Especially now with kids that are 7 and 9 I am even more unsure than ever if I want to still do this.

This is the video existing of snaps and Gopro-movies from my trip to Malaysia and Thailand, enjoy!

These are the photos taken with my iphone 6 plus, the GoPro and a Canon G7X.